You might have seen that many journalists have just received PlayStation 5 units for review, but today we also got our closest look yet at the PS5’s new DualSense controller thanks to an unboxing video from YouTuber Austin Evans.

We already knew that the DualSense has some familiar PlayStation hallmarks — a D-pad and four face buttons on the top half, two analog sticks on the bottom half, four triggers, and, like the PS4’s DualShock 4, a touchpad in the middle — and Evan’s video gives a good look at all of those features and the controller’s new design.

But Evans didn’t use the controller with a PS5, so we don’t get to see things like the DualSense’s new haptic feedback and adaptive triggers in action. And despite the DualSense’s box only listing compatibility with the PS5, Evans did manage to connect the controller with a wire to a Surface Laptop Go and wirelessly to a Google Pixel 5. He was even able to play a game on Microsoft’s xCloud cloud gaming service on the Pixel.

Evans’ PlayStation 4 Pro recognized DualSense over a wired connection, but the controller didn’t seem to be able to do much on the PS4 Pro except pick up noises from its onboard microphone. The PS4 Pro also seemed to recognize the DualSense as a wireless controller, but it didn’t look like the controller could do anything while connected wirelessly. Evans also tried plugging the DualSense controller into an Xbox Series X, but it was only able to charge.

Evans also took apart the DualSense, giving a look at the circuitry inside the controller and revealing that it has a 1,560mAh battery. 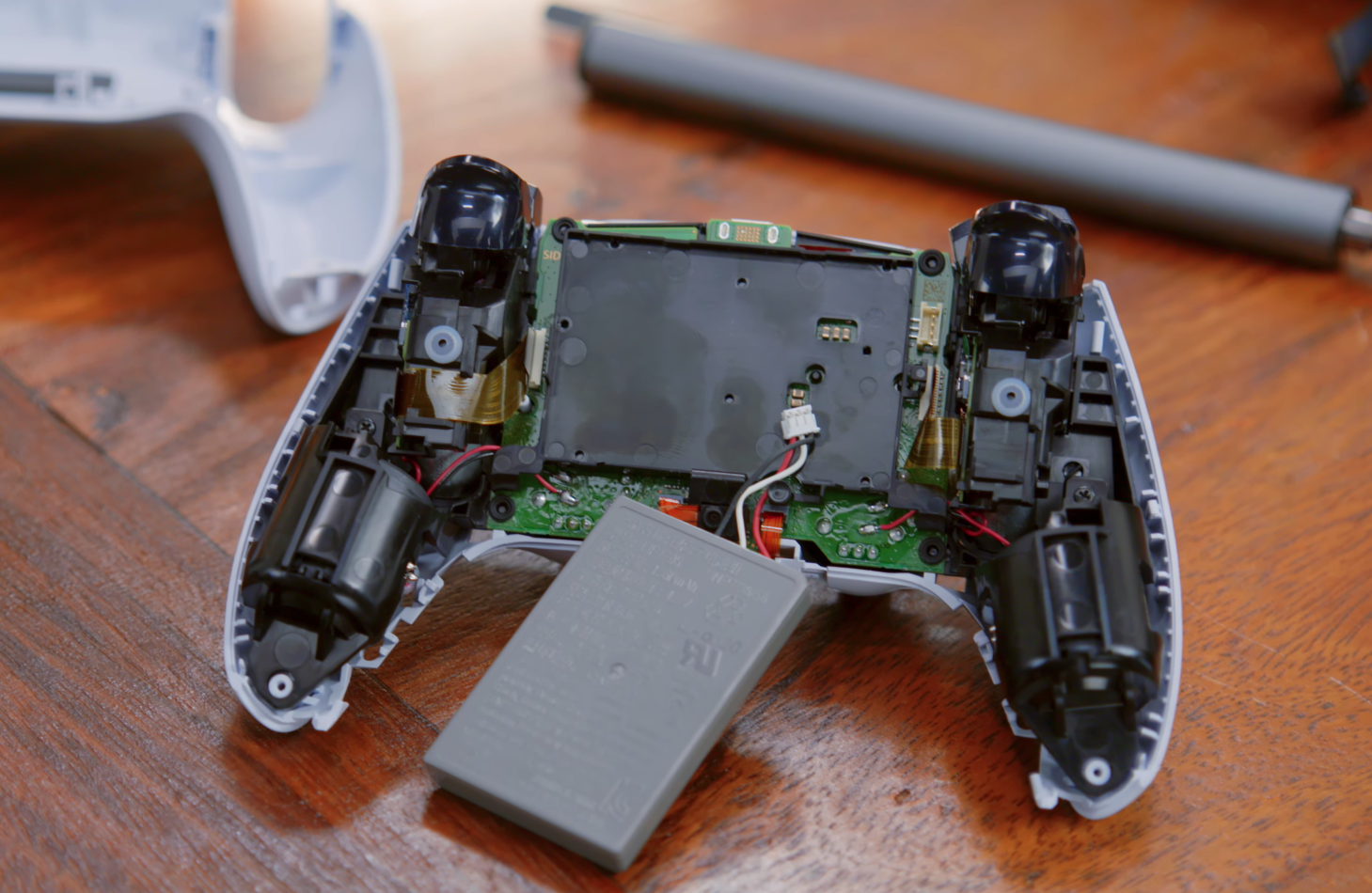